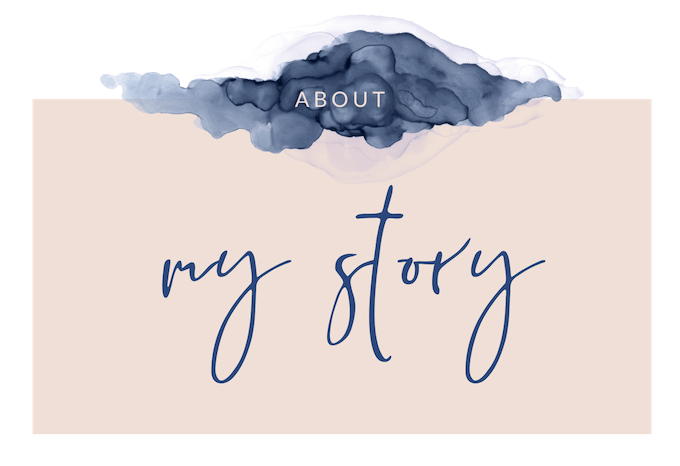 Once we started having kids, my focus turned to them and the endless cycle of nurturing others continued. I soon realized, however, that in the process of caring for those around me, I forgot how important it was to take care of myself too.

In 2015, while home with two little boys under three, my heart was overflowing with love, but something was off.

No matter how many hugs, kisses, and family activities I drowned myself in, there was always a void. That's when I decided I needed to do more to nurture and care for myself; it was time for me to take care of my needs as a human too.

Despite having a Bachelor's in Business Administration and knowing good and well that my brain craved constant stimulation, I gave myself a solid four years at home before I had had enough and decided I wanted to go back to work AND get my Master's in Creative Writing - at the same time!

And so it began. I started and grew several businesses during this time and my love for entrepreneurship flourished.

With two young boys that still needed me, and a husband who was still working in the world of baseball, I tried for years to be all the things and it was exhausting!  So yes, I know firsthand how hard it is to balance family life with personal ambition.

It doesn’t have to be exhausting. And I know other moms know what its to feel that no matter how much I do, it's enough. That's why I've made it my personal mission to take all my knowledge and experience and use it to help other moms who are on the struggle bus.

My goal is to help other moms start and build successful virtual companies so they can take back their lives and freedom and feel like they are making a greater impact on the world.

I'm a mom of three, a baseball wife, writer, book coach, and a serial entrepreneur. Phewww... that was a lot!

I married my middle-school sweetheart over a decade ago and spent the better half of my twenties focused on lifting him up and making sure he accomplished his life-long dream of becoming a Major League Baseball Player.

Before putting my career on hold, I worked as a luxury real estate agent in Miami, FL and then spent a few years in event planning and management.  Neither were really something I was passionate about, so giving it up was less painful than it was exciting.

About a year later, my husband and I decided to start a family and that meant it was also time to lay down roots and buy our first home. In May 2013 he made his Major League Debut (on his birthday no less) and later that year we closed on our first home and welcomed our first son.

It was a year of many firsts.

Download One of My Powerful Cheat Sheets to Kickstart Your Business

Start Your Own Virtual Biz

This free writing prompt guide will give you 20 ideas to help you consistently offer relevant content to help nurture and grow your email list.

YES, I NEED THIS!

Get Started With Email Marketing

This free and highly detailed guide will help you kickstart your email marketing efforts so you can start growing and nurturing your email list today.

GIVE IT TO ME!